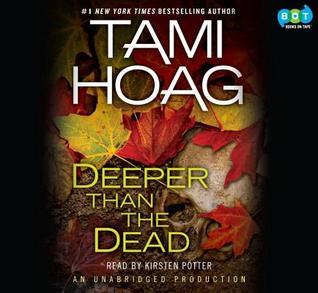 The victim is a young woman, her eyes and lips sealed closed, a blind and silent witness to an unspeakable crime. The third victim in two years time, its clear that a serial killer has come calling.As a member of the FBIs fledgling criminal profiling unit, Special Agent Tony Mendez knows serial killers.

He has every intention of adding another closed case to his impressive resume, but this case will change his life forever. It quickly becomes apparent that the see-no-evil killer is no ordinary psychopath. The profile paints a portrait of a man easily trusted, well respected, and intelligent--a man no one would suspect.Dr.

Peter Crane fits the bill. A pillar of the community, he volunteers at a center for disadvantaged women--a center the victims had all attended. Crane is also a beloved husband and father to a ten-year-old son, Tommy, who was one of the three children to discover the grave. Needing insight into Peter Cranes world, Mendez asks Anne Navarro, Tommys fifth-grade teacher, to find out what she can. Its a request Anne finds both intriguing and unethical--much like Mendez himself. But with her background in child psychology, Anne hopes to save the deeply withdrawn boy from his loyalty to a father who may be a monster.Then a new victim leads to a different suspect--a man whose son was another of the three children to find the grave but a man whose position in the community is also above reproach, a sheriffs deputy.

As the connections between the two families become increasingly tangled, it becomes clear that one of these children holds the key to a serial killers double life...and a revelation of evil so dark, so deep, no one may survive.

Comments
Comments for "Deeper Than the Dead (Oak Knoll #1)":